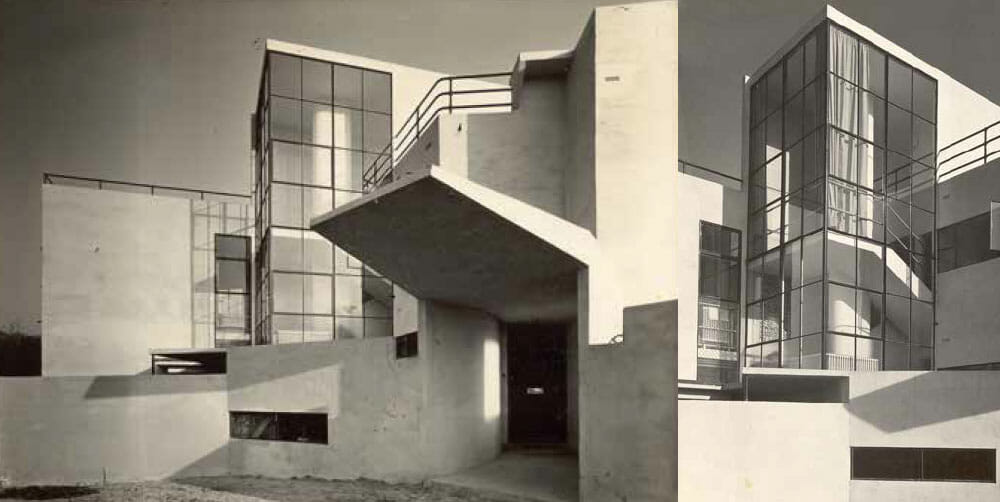 When it was constructed – now over 80 years ago – the house that Amyas Connell (1901-80) designed for Sir Arthur Lowes Dickinson in the sedate surroundings of the Surrey countryside caused tremendous shockwaves. Still today, seeing if for the first time as you come round the curving drive, it is a startling experience. “More like an invention by Picasso than a house,” was the view of Raymond McGrath, who included it in his 1934 book ‘Twentieth Century Houses.’ A building “not limited by old ideas” he added admiringly.

Picasso was indeed a major source of inspiration for the young Connell, a New Zealander who moved to London in the mid–1920s and who had spent much of his time leading up to the design of Dickinson’s house soaking up the ideas of European avant-garde. He admired and studied the work of artists (Connell began his career as an artist before switching to architecture), designers and, of course, architects — with one architect in particular proving pivotal in shaping his outlook. Le Corbusier was, for Connell and his friends, “a revelation.” As Basil Ward, Connell’s colleague at the firm Connell, Ward & Lucas has said, “Le Corbusier’s work stirred us greatly, so clear was it in its intention and so uncompromising in its execution”.