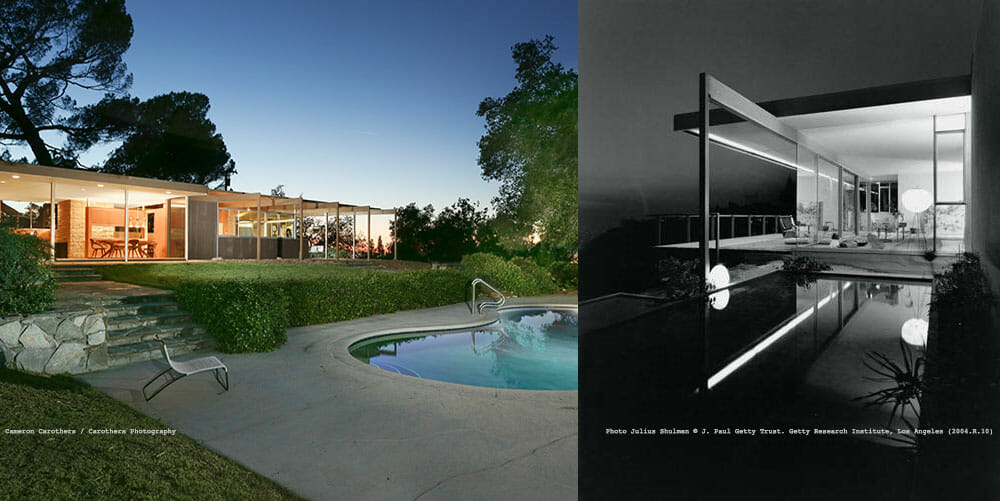 Two years ago, Richard Neutra’s mid-century Roberts House sat derelict, decaying and ripe for demolition when the 60-year-old property hit the market. Thankfully, wiser and more enlightened minds prevailed, and the house fell into the right hands as detailed in this issue’s cover story, appropriately titled “American Idyll.” Earlier this year, it was successfully sold to new owners who will love, appreciate and, hopefully, continue to preserve it. And I like to think my vision of a marketplace for noteworthy architecture, as seen in ArchitectureforSale Quarterly, contributed significantly to the outcome.

This hasn’t always been the case. Neutra’s iconic Maslon House in Rancho Mirage was unscrupulously razed in 2002. And this year, the spectacular 1955 Chuey House in the hills above Sunset Boulevard has been marketed as a teardown, initially offered for lot value without even a mention of Neutra.
If there was ever a defining moment that confirmed my belief that residential architecture was more than mere real estate, that it can be great art for living, and that its true value cannot be measured tangibly by the usual appraisal tools (square footage, bedrooms, baths, even location), it occurred at the Loring House in the spring of 1974.

Dancer Eugene Loring, famous for playing Bronco Billy on the New York stage, moved back to California and commissioned Neutra to design a house for him on a promontory in Nichols Canyon. At that time, the house consisted of only one bedroom, a den and one-and-a-half baths. Though it embodied the California lifestyle so vaunted by the Hockney painting, “The Bigger Splash,” and Slim Arons photos, the Loring House was not an easy sale in the mid-seventies. Brokers took unnecessary pleasure in noting that for a few dollars more, one could buy a much grander home in Beverly Hills. Nevertheless, the house finally sold for a then-record price­­—$100,000.

Cut to this year. A realtor friend invited me to see the Loring House to help evaluate an asking price. Over the years, architect Steven Ehrlich had thoughtfully designed an A.I.A. award-winning studio/guest house for the property, and the current owner added a new master suite where Neutra had originally planned one. Since I had not seen the house recently, I wondered: Would my high regard for the property set me up for a fall? Would the changes since I had last been to the house enhance—or reduce­­—the premium I thought this iconic property deserved? Opening the front door, I was greatly relieved; the magic was still there. For the most part, good work had been done, and I determined that the property should sell today for over $5 million. Which goes to show that by preserving and protecting historically significant properties, a savvy buyer still stands to make an enviable profit.

It has been a good year for art and architecture. Saving the Roberts House has added to the story, as has the ongoing meticulous restoration of Rudolph Schindler’s Kallis-Sharlin House in the Hollywood Hills, featured in the last issue of AFSQ. So at a time when DaVinci’s painting, “Salvator Mundi,” sold at auction for over $453 million, perhaps there may still be hope for Neutra’s stellar Chuey House at the relatively paltry asking price of $9 million.

By PMC When legendary architect John Lautner moved to Los Angeles in 1939 and completed his...

By Jessica Ritz A lesser-known yet important piece of L.A. modern architectural heritage is...