The Art of Mastering the Slope - Crosby Doe Associates, Inc.
User registration is disabled in this website. 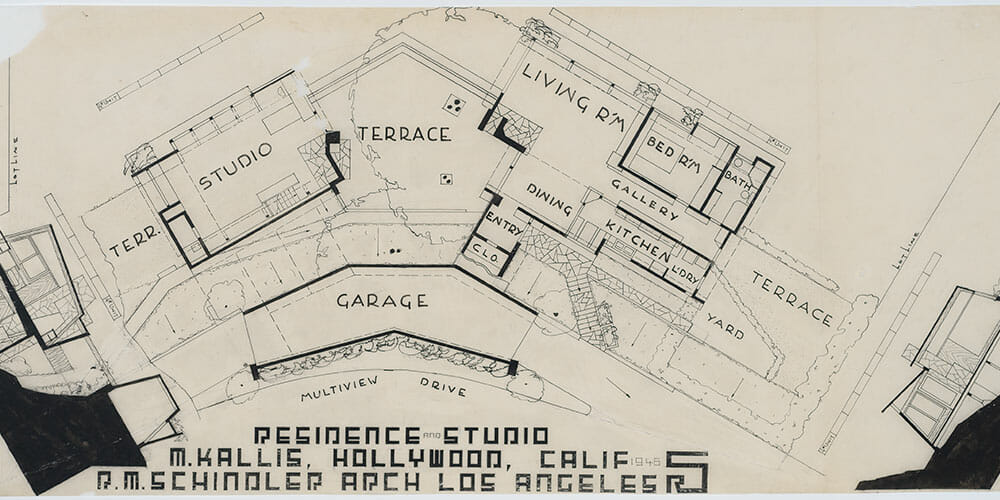 Never one to run from a creative challenge, Rudolph Schindler proved he could conquer hillside terrain with his innovative Kallis House in suburban Los Angeles.

As our perspective on mid-20th-century Los Angeles grows with the passage of time, we are quicker to recognize that its experiments in modern living were as vast as they were varied and the work of its master builders was uncommonly distinctive. Certain fundamentals characterized the California modern house and many were adopted world-wide: the open plan; the ease of movement between inside and out; the division of the garden into zones for outdoor living; the increase of living space within a small structure by eliminating many traditional features, such as basements, hallways, and attics. But the leading figures in the first 15 years of postwar California architecture—Richard Neutra, Charles and Ray Eames, John Lautner, among others—were not only united by an adherence to this common language, but by the different and often highly original ways in which they spoke it, from the simple tongue of Raphael Soriano to the high drama of Lloyd Wright.
At the time, there were particular conditions in Southern California that encouraged this supply of seemingly inexhaustible originality and invention. As the post-war development and suburban sprawl of Los Angeles spread to steeper and more intractable sites, architects faced engineering challenges and planning opportunities for which few rules or conventions existed. Highly irregular sloping lots presented extraordinary challenges for which architects sought solutions: Maximizing vistas by inverting the usual sequence of entry, living, and sleeping spaces; reimagining house plans to suit the slope, either by condensing them in order to float the structure on a raised platform (e.g., John Lautner’s spaceship-style Chemosphere house in the Hollywood Hills) or by creating dwelling zones that follow the lay of the land—as Rudolph Schindler chose to do in 1946 with his innovative Kallis House in suburban Studio City, California.