Editor's Note: For the Love of Architecture - Crosby Doe Associates, Inc.
User registration is disabled in this website. 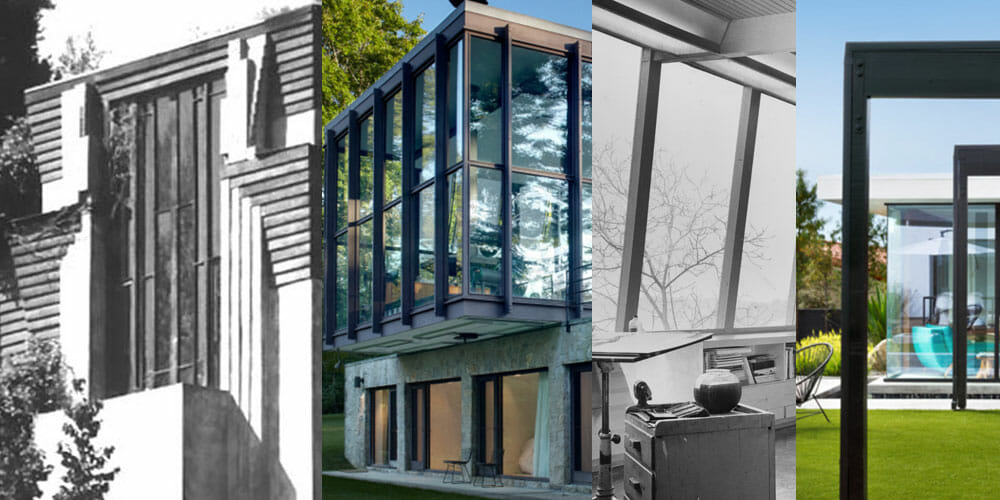 Okay, let me admit this up front: I am one of the lucky ones. Not only do I sell historic and architect-designed properties for a living—which I love and have been doing in Los Angeles for over 40 years—but for 35 of those years, I have been living with my wife in a two-story hilltop manse designed by architect Joseph Blick with spacious interiors that open to views of the surrounding cityscape. So I know firsthand the impact architecture can have on one’s daily life.
That’s all the more reason why I have always believed that the true value of architecture lies in the joy and excitement it generates, as well as the enhanced quality of life it provides by its very immersive nature—it’s not just about the substantial profit you might be able to pocket by investing in it. So imagine my amusement when I ran across two recent articles on Realtor.com (operated by Rupert Murdoch’s News Corp) that attempt to quantify the dollar value that good architecture and historic properties command in the marketplace.
To my knowledge, this was the first time that any major organization connected with the real-estate industry has undertaken such an effort. So I applaud their attempt. Yet, the results of their statistical analysis (conducted by data journalist Yuqing Pan) confirmed what I already knew. According to Pan’s research, residential properties listed on the National Register of Historic Places sell for 5.6% more than similar-size properties in the same zip code and noted 20th-century architects such as Philip Johnson, Richard Neutra, and Marcel Breuer command premiums from 32% to 149%.
While I commend News Corp’s interest and effort and acknowledge that the research did get some key things right—e.g., historic and architect-designed residential properties sell for more than houses of similar size and square footage in the same area—the published results present a misleading picture of the premiums our historic heritage can realize in the marketplace. In one instance, Pan’s article states, “[Frank Lloyd] Wright’s work is not the most expensive. In fact, it’s very far from it!” The article attributes only a 52% premium to Wright’s work; yet I can tell you that over the years, Wright’s 1923 Storer House in the Hollywood Hills, which has sold three times since the early 1980s, has garnered a premium of nearly 200% each time—even before it was restored by film producer and architecture aficionado Joel Silver. Thus, the Storer House commands a premium far above the highest average increase recorded for any architect in the survey.
Likewise, John Lautner’s work was shown to sell at a premium of 108%, yet one of his works likely used in the survey was his 1947 Carling House, which was most recently sold in 2014. Records for that year indicate that the average house in the area sold for about $620 per foot. Meanwhile, the Carling House sold for $1,624 per foot, a 162% premium. And another notable Lautner that hit the market that same year had to be completely restored, including the demolition of an unfortunate addition that did not help the value of the house. Variables like these are not reflected in Pan’s article.
Of course, I could be accused of cherry-picking—which I admit I am. But the point remains the same: It is dangerous to attempt to quantify the value of architecture in terms of averages without qualification. The economic value of each work of architecture must be evaluated on its own merits, with due consideration to location, integrity, and the significance of the property within the architect’s body of work. After all, what price could we possibly put on Wright’s priceless masterpiece, Fallingwater?
Despite the dangers of misleading the public inherent in Pan’s work, I am happy that anyone in the media made an attempt to address the value of architecture at all. But I can definitely tell you this much: Each day I come home and count my blessings, knowing that I am privileged to live in a magical environment—rather than imagining what my property might be worth.
Crosby Doe