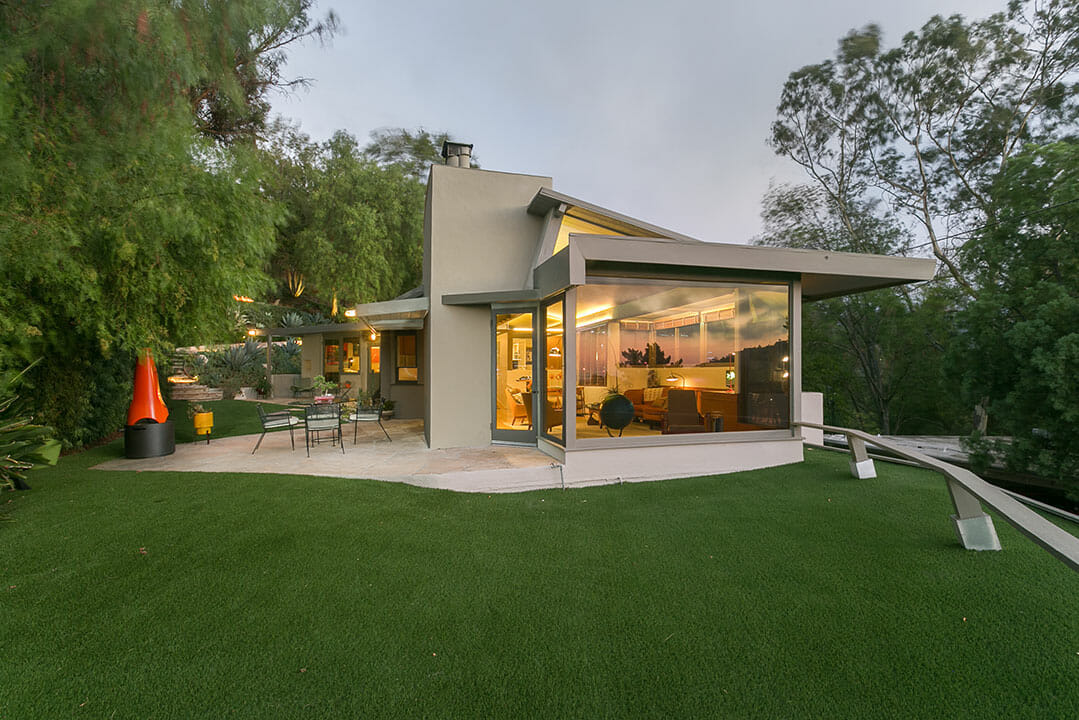 In case you are not among her several thousand followers on social media, Susan Orlean has been teaching herself kintsugi, the ancient Japanese art of mending broken pottery with gold. And learning to play the ukulele. She’s also been posting pictures of her 32-city book tour for “The Library Book,” her New York Times bestseller about the 1986 fire at the Los Angeles Central Library. And documenting her restoration of Los Angeles Historic Cultural Monument No. 860 — a modernist landmark designed by the Vienna-born architect Rudolph Schindler that also happens to be her new home.

Somehow it’s not surprising that Orlean’s Instagram images of the multi-angled house — built in 1946 for Mischa Kallis, an art director for Universal Studios, on a hillside lot in Studio City — look professional, including the ones photobombed by her Welsh springer spaniel, Ivy. But try telling her that. “It’s actually tricky to photograph,” says the apparently tireless writer, settling (briefly) on a low, slatted sofa alongside her husband, John Gillespie Jr., a financial executive, in their view-intensive living room. “Every angle is different. It’s hard to get a sense of how it fits and how it feels.”

Neutra. Lautner. How you can tour ‘Icons of Architecture’ in Glendale