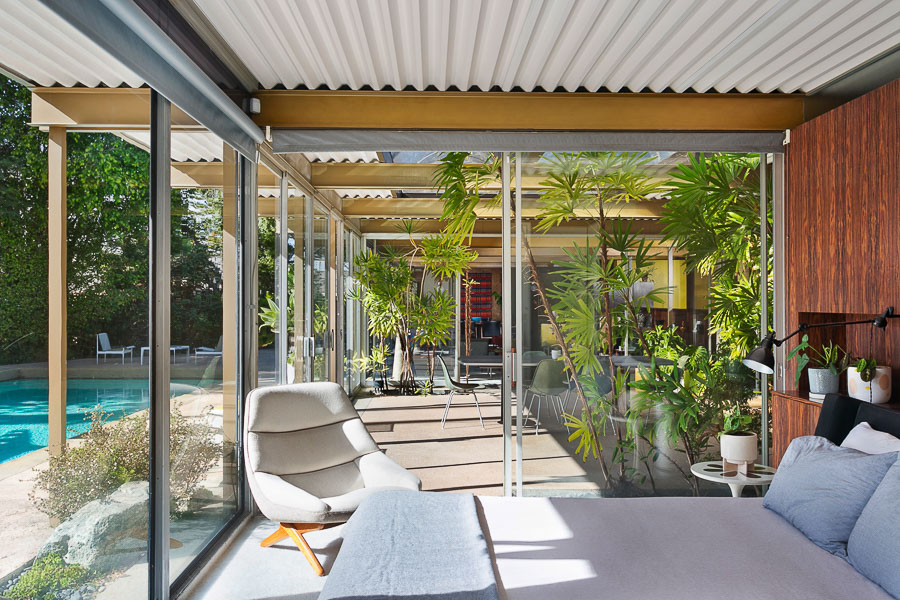 Fortunately, Brettler was not deterred by the challenge. An accomplished UCLA- and Harvard-educated residential and commercial architect with over two decades of experience under her belt — plus a keen eye for spotting a historic structure’s ultimate potential — she embarked on what became a laborious restoration project. Among the tasks on her to-do list: creating a more seamless indoor-outdoor living experience; expanding the puny kitchen; and converting a lengthy upstairs hallway into a master retreat and trio of children’s bedrooms for her four sons.

Brettler intended to stay in the home for the foreseeable future, even telling Luxe Interiors + Design that “This is it … I’ve told them I plan to live here forever. They’ll have to cart me out when I’m 100!” But that was then, and this is now; and life happens. After almost 30 years of marriage, Weiner and Brettler divorced in 2019, not long after Weiner was accused of sexual misconduct by one of the writers for “Mad Men.” Records reveal Brettler has now laid out $3.1 million for an architecturally pedigreed stunner elsewhere in Los Angeles.