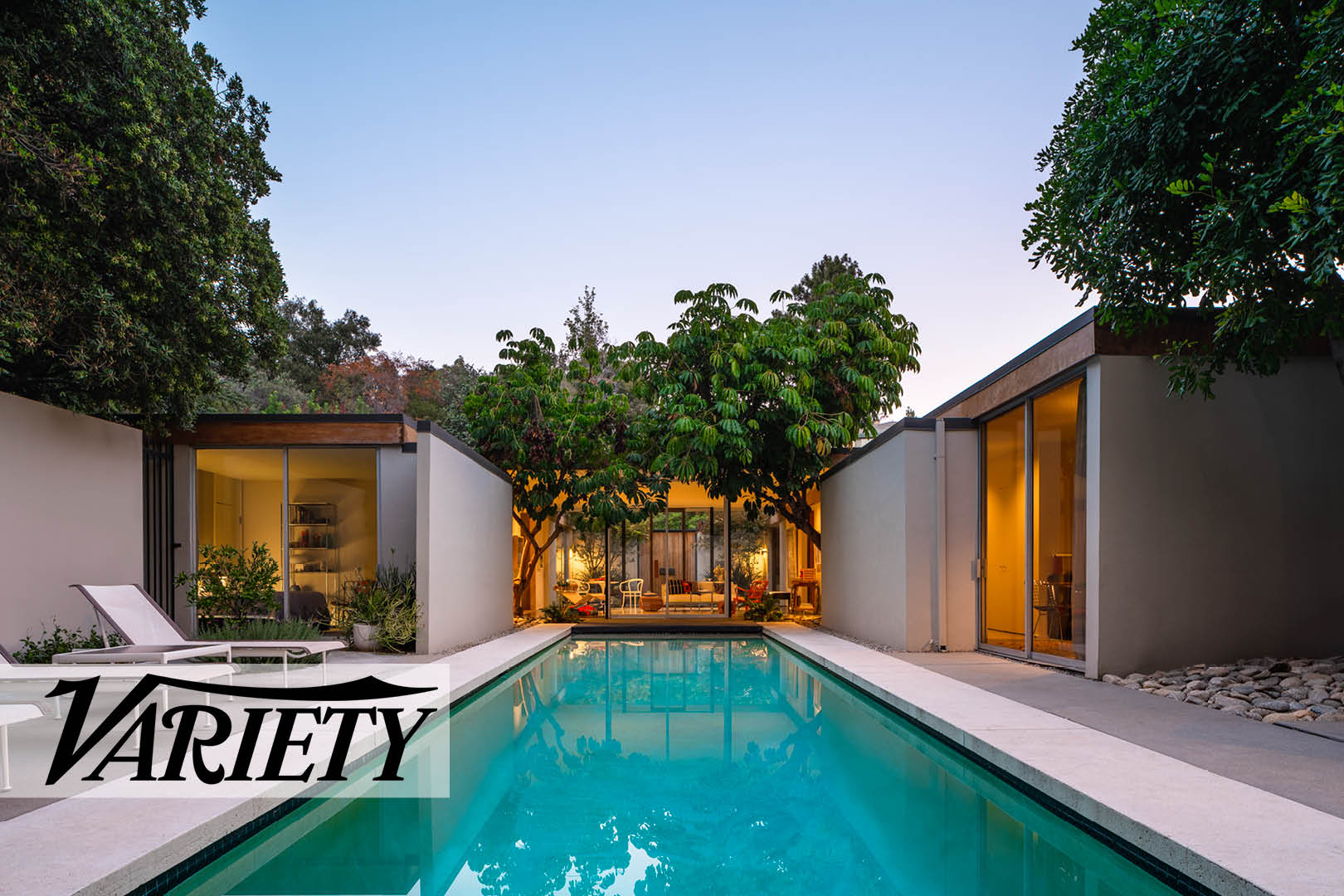 After barely a month on the market, the fastidiously restored and carefully updated John Kelsey House in Pasadena has sold for its full asking price of nearly $4 million, offering further evidence of not only the desirability of mid-century modern gems but also the remarkable resilience of the real estate industry, which continues to keep its head above water despite an economy in the doldrums due to nationwide political unrest and the ongoing COVID-19 pandemic.

Tax records show the sellers are a couple of inveterate architecture and design aficionados (just take a look at their lively and pedigreed furniture collection!) and the new owner, who will steward the pristine property thought its next phase, is film and television producer Erin David, whose credits include “Saturday Night Live” and the short-lived Christina Applegate and Will Arnett-starring “Up All Night” series. David, listed as a producer for “Baby Momma” and “MacGruber,” has earned two ensemble Emmy nominations, first in 2016 for “Adele Live in New York City” and then again in 2018 for “Steve Martin and Martin Short: An Evening You Will Forget for the Rest of Your Life”.