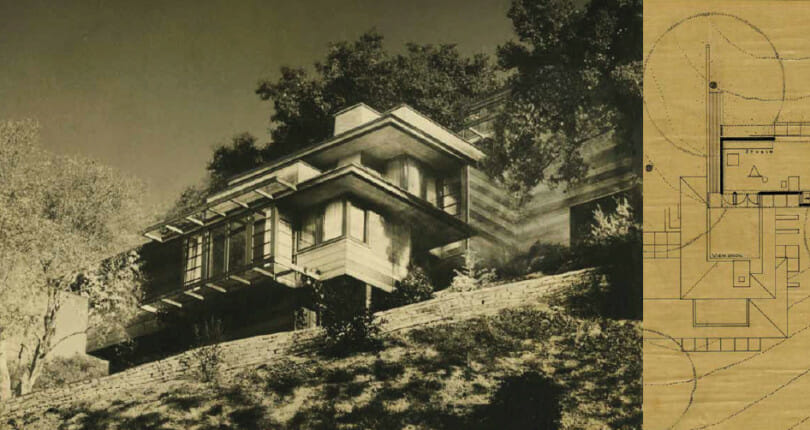 Harwell Hamilton Harris, FAIA Mary and Lee Blair House, 1939 by Alan Hess Current Photographs by Cameron Carothers unless otherwise noted The ultimate emblem of America’s mid-twentieth century love affair with modernism may not be the iconic 1949 Eames fiberglass chair or the indoor-outdoor Eichler tract houses of the early 1950s. It was arguably Walt […] 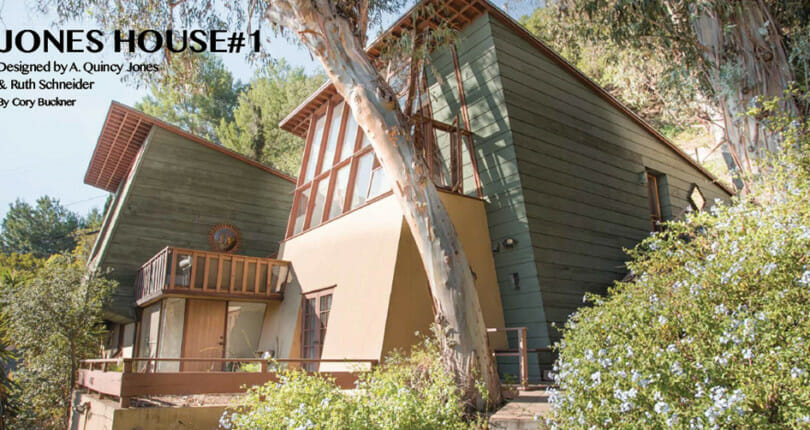 Jones House #1 Designed by A. Quincy Jones and Ruth Schneider by Cory Buckner Current Photographs by Cameron Carothers unless otherwise noted In 1936, A. Quincy Jones relocated from Seattle to Los Angeles with his girlfriend and fellow student Ruth Schneider, seeking out the mecca of experimental modern architecture. At the University of Washington, Jones […]

The Modern House – Conell’s White House   By Stacy Downs Photography by Bob Greenspan The international legacy of Bruce Goff continues to grow. Along with Frank Lloyd Wright and Frank Gehry, Goff in recent years has become considered one of the few American “starchitects.” Buildings designed by Goff (1904-1982) remain ahead of their time. […] 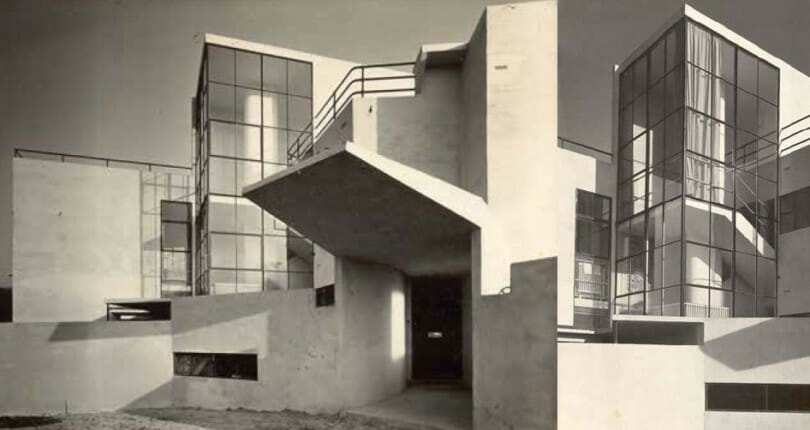 The Modern House – Conell’s White House   By Albert Hill When it was constructed – now over 80 years ago – the house that Amyas Connell (1901-80) designed for Sir Arthur Lowes Dickinson in the sedate surroundings of the Surrey countryside caused tremendous shockwaves. Still today, seeing if for the first time as you […] 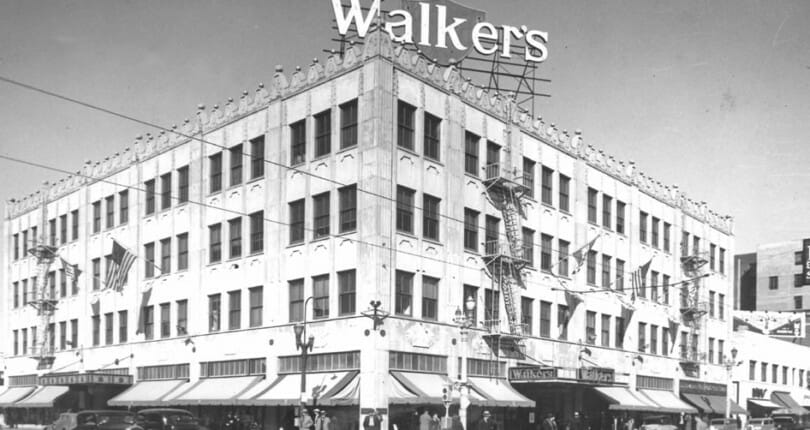 History is Alive at Long Beach’s Revitalized Walker Building   By Ted Wells How do we increase density in cities without losing human scale? This is a challenge and, for urban areas throughout the country, the architecture and adaptive reuse of structures is never an easy path. As the demographic for urban growth changes, and […] John Kewell’s Schipper Residence By Pierluigi Serraino Architecture comes with a history of its use. This is especially so for a dwelling, where the events, personalities, and choices of its occupants are encrypted in its walls, cumulative scrolls of life unfolding within them. The Schipper Residence is nowhere to be found in history books, but […] 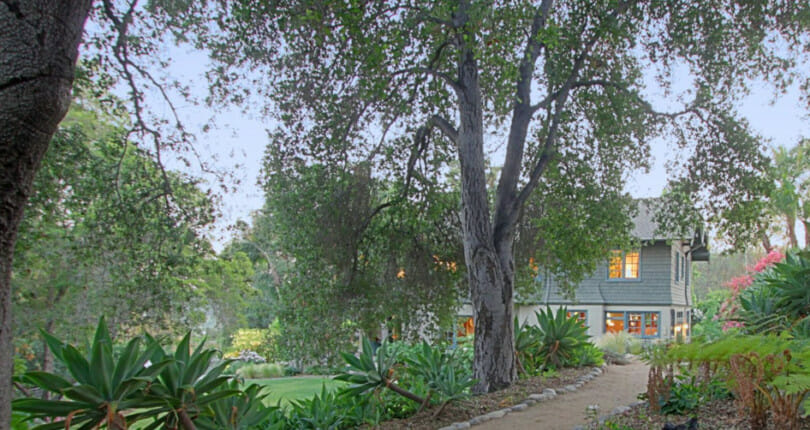 ‘Oak Ridge’ – The Barnes House   By Ann Scheid Photographs by Grand Mudford Built for Clifford Webster Barnes, a wealthy Chicago community activist, religious leader and philanthropist, Oak Ridge, as it is colloquially known, exemplifies the core tenets of the Arts and Crafts movement. Although Barnes commissioned Elmer Grey, the house was built as […] 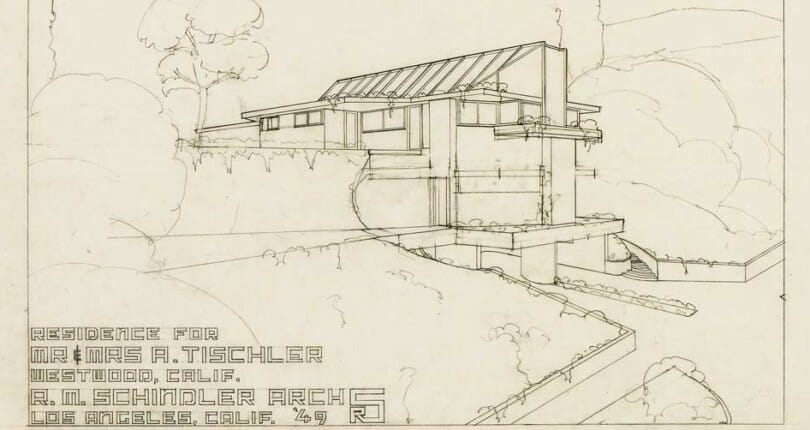 Schindler’s Translucent Tischler House By Judith Sheine Photographs by Grand Mudford The Tischler house (1949-50) is a late development of R.M. Schindler’s “space architecture” and the project in which the architect most fully explored his vision of a “translucent house.” While other architects were designing flat-roofed glass-walled houses, Schindler, having done that in his own house […] 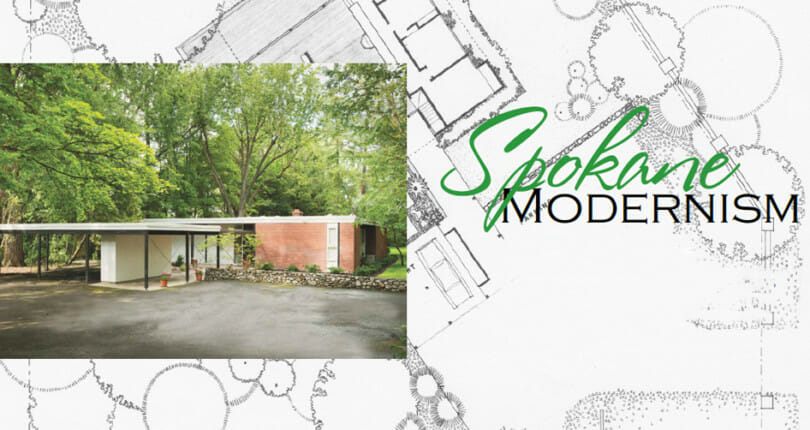 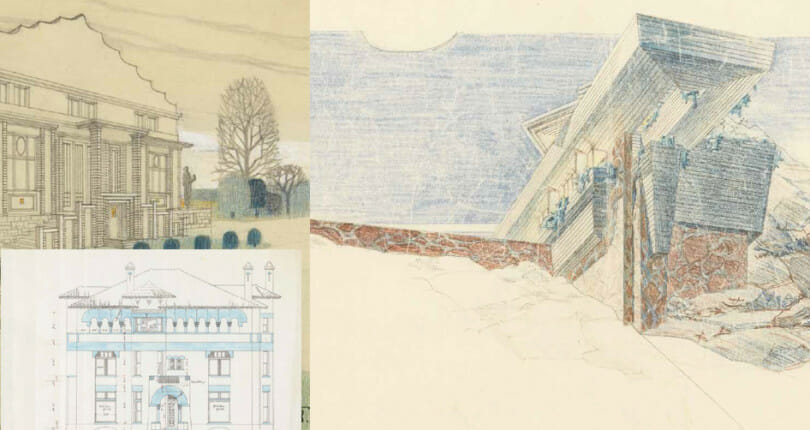 Laboratories for Living by Nicholas Olsberg Nothing seems to get the juices of architects flowing more freely, nor tempt them to break as many rules, as the idea of the house. For more than a hundred years, from the first experiments in open plan living to the latest adventures in lightweight dwellings and tiny houses, […]